Steve Reich and the Percussive Arts Society Hall of Fame

About the Percussive Arts Society Hall of Fame

The Percussive Arts Society Hall of Fame was established in 1972 and recognizes the contributions of the most highly regarded professional leaders in percussion performance, education, research, scholarship, administration, composition, and the industry. Inductees demonstrate the highest ideals and professional integrity to their profession to bring about significant events, substantive improvements in the world of percussion, and the betterment of the profession through exemplary services or acts.

Steve Reich was inducted into the Percussive Arts Society Hall of Fame in 2007, joining two members of his ensemble, Bob Becker and Russell Hartenberger, who were inducted in 1999, along with the three other original members of Nexus, Bill Cahn, Robin Engelman, and John Wyre. Other percussionists who have been members of Steve Reich and Musicians and are in the PAS Hall of Fame are Glen Velez (2014) and Garry Kvistad (2020).

As part of Steve Reich’s induction into the PAS Hall of Fame, Lauren Vogel Weiss wrote an article outlining Reich’s career as both a percussionist and a composer. She interviewed Reich on July 6, 2007, and the article was published in the August 2007 edition of Percussive Notes, the journal of the Percussive Arts Society.

The New York Times ranked him “among the great composers of the century” and the Village Voice hailed him as “America’s greatest living composer.”

This past May he was awarded the Polar Prize from the Royal Swedish Academy of Music, and last year he received the Praemium Imperiale for Music Award in Tokyo. But Steve Reich is not only a world-renown composer, he is also a percussionist who performs his own music.

When informed of his most recent honor, the PAS Hall of Fame, Reich says he was thrilled. “To be included with people like Varèse and Cage, as well as Russell Hartenberger and Bob Becker—the left hand and right hand of my ensemble!—is a real honor, and I am delighted,” he said.

Does he regard himself as a percussionist who composes? “I consider myself a composer first, second, and third,” he says with a laugh. “And then a percussionist. Being around some of the best percussionists in the world has given me a very realistic perspective of where I fit in.”

Born in New York on October 3, 1936, Steve Reich studied piano as a child and switched to percussion. He took snare drum lessons with Roland Kohloff for several years. In 1957, Reich graduated with honors in philosophy while also studying music history and analysis with Professor William Austin at Cornell University. While there he helped support himself by playing drumset in jazz and dance bands. After graduating, he went back to New York City, where he studied composition with Hall Overton for a year. From 1958 to 1961, he studied at the Juilliard School of Music with William Bergsma and Vincent Persichetti, and in 1963 he received his Master of Arts degree in music from Mills College, where he worked with Luciano Berio and Darius Milhaud.

While at Juilliard in 1959, Reich attended a noontime concert that remains in his memory. “A percussionist named Bobby Thomas played stand-mounted bongos with sticks. At the time I thought, ‘What a great sound!’ and then I forgot about it.”

After hearing recordings of African drumming, Reich was intrigued and read up on the subject. “I’d seen full notation—in a book called Studies in African Music by A.M. Jones, an Englishman, published by Oxford University Press— that made a big impression on me,” he recalls. “It was these repeating patterns in what we would call 12/8 superimposed so that their downbeats do not coincide. That was a real eye-opener! I thought it would be best if I went there and played it myself.” So in the summer of 1970, he studied drumming at the Institute for African Studies at the University of Ghana in Accra.

How did his percussion classic “Drumming” come about? “I had been writing pieces like ‘Piano Phase’ and ‘Violin Phase’ using repeating patterns in some form of 12/8 equals 6/4 equals 3/2—that ambiguous, all-purpose three—and I realized that these pieces were sort of percussive. Since I was a drummer I thought, ‘Why not drum on the drums and be done with it?’

“In 1970, I remembered the bongos from Juilliard and thought I would use them with specific pitches,” he continues. “Little by little, as I could get the money together, I bought four pair of tunable LP bongos, which I tuned to a G# minor mode: G#, A#, B, and C#. I would record myself playing the basic repeating pattern in ‘Drumming,’ and then play against the recording one or more beats out of phase to see which made the best relationship. In that way, I composed the piece. I jotted things down on standard manuscript paper and, to indicate the phasing, I would put dotted lines between one bar and the next when there was a change of phase. That’s how it was notated.” (A new score of “Drumming” will be released by Boosey & Hawkes later this year.)

While looking for interested percussionists to play his new piece, Reich called Paul Price at the Manhattan School of Music. Price referred him to James Preiss, who soon became a member of his ensemble. (Reich also took some informal marimba lessons from him.) This was about the time when he was contacted by Russell Hartenberger for guidance on Russ’s upcoming trip to Ghana. Hartenberger, in turn, introduced Reich to Bob Becker, and the four percussionists were soon practicing bongos together.

“By the time I got to the end of the piece,” explains Reich, “I noticed that those pitches were in the middle register of the marimba and thought it would be interesting to expand to a wider pitch scope because I had been limited to these four notes for 20 minutes. So I went through a similar process: getting a marimba and playing against tape. Then I began to hear women’s voices, like an aural hallucination, and I thought, ‘Wouldn’t it be wonderful if there were women singing—kind of like Ella Fitzgerald scat singing.’ That grew into ‘Drumming, Part II.’

“By the time I got to the end of the piece,” explains Reich, “I noticed that those pitches were in the middle register of the marimba and thought it would be interesting to expand to a wider pitch scope because I had been limited to these four notes for 20 minutes. So I went through a similar process: getting a marimba and playing against tape. Then I began to hear women’s voices, like an aural hallucination, and I thought, ‘Wouldn’t it be wonderful if there were women singing—kind of like Ella Fitzgerald scat singing.’ That grew into ‘Drumming, Part II.’

“At the end, you’re at the very top of the marimba, and I wondered what could pick up the pitches at this point and carry them still higher. And, of course, the answer is a glockenspiel. So I bought a glockenspiel and did the same process of playing against tape, keeping the same rhythm and applying it to different pitches and different timbres. At the top of the glockenspiel, the pitch begins to disappear— like tap dancing on metal—and it generates whistling sounds, so I decided to whistle certain patterns and, when it got higher, a piccolo became necessary.”

Reich pauses for breath—even his speech has a certain rhythmic pattern to it: rapid-fire words, quickly changing course with short pauses between phrases—and goes on. “I looked at this room and there were four bongos, three marimbas and three glockenspiels. Being a Western musician, I knew I had to have a finale, so ‘Drumming, Part IV’ was born. The patterns are broken down to one single pitch, F#, and then literally built up, substituting beats for rests. We ended up with nine percussionists, two singers, and one piccolo player.”

The piece was premiered in December, 1971 at the Museum of Modern Art in New York City. “We played in a movie theater that hadn’t been used for music since John Cage did a percussion concert there back in the ’40s. I still have a tape of the very first performance.”

In 1973 and 1974, Reich studied Balinese Gamelan Semar Pegulingan and Gamelan Gambang at the American Society for Eastern Arts in Seattle, Washington and Berkeley, California. From 1976 to 1977, he studied the traditional forms of cantillation (chanting) of the Hebrew scriptures in New York and Jerusalem. By now his ensemble had grown to 18 musicians, and they were performing all over the world.

Garry Kvistad, another current member of Nexus, joined the group in 1980, alongside Becker and Hartenberger who were already members. “My first gig with Steve was at The Bottom Line, a rock ’n’ roll/jazz club in the Village,” remembers Garry. “Steve always did a lot of crossover music. David Bowie came to that concert. It was a really interesting time.”

In 1990, Reich received a Grammy Award for “Best Contemporary Composition” for “Different Trains” and again in 1999 for “Music for 18 Musicians” (both on the Nonesuch label). Becker, Hartenberger, and Kvistad played on the latter recording. Last fall, Reich’s 70th birthday was honored with a special sold-out concert in Carnegie Hall, featuring not only his ensemble but the Kronos Quartet and Pat Metheny. “It was one of my most memorable concerts,” he says.

His music has also been showcased at two PASICs. The first, in Dallas in 1982, featured Reich himself as one of the performers, along with Becker, Hartenberger, and Glen Velez. They played “Drumming, Parts I and III” along with “Clapping Music,” “Marimba Phase,” and “Music for Pieces for Wood.” Twenty years later, at PASIC 2002 in Columbus, Nexus performed all four movements of “Drumming.”

“It’s like the Beethoven’s Fifth of percussion music!” Kvistad told Percussive Notes in 2002. “It’s a classic piece that’s evolved over the years. Although the piece is written out, a lot of aspects are affected by the performers who are playing it. When the group used to play that piece in the ’70s—when everyone was young with plenty of time on their hands—it was 90 minutes long! I think the last time we did it, it was down to 55 minutes.”

Steve Reich has been creating music for almost five decades. How would he like to be remembered by future generations? “I hope that, number one, my music is played by musicians because they love to play it,” he says. “And, number two, that it’s loved by audiences who love to hear it. If those two things happen, then I’ll feel like my life has been worthwhile.” 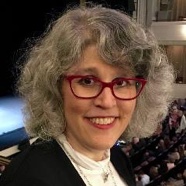 Lauren Vogel Weiss is longtime member of the Percussive Arts Society, having attended every PASIC since 1978. A prolific writer about the percussive arts, she has written 35 cover stories for Percussive Notes, including 25 Hall of Fame profiles. Her 300-plus articles have appeared in Drum Business, Drum Corps World, Modern Drummer, Modern Percussionist, Percussion News, Percussive Notes and Rhythm!Scene. Lauren is a freelance percussionist in North Texas, playing with both the Dallas and Fort Worth Symphony Orchestras. Lauren was Vice-President of Lone Star Percussion (1978-1990) and currently schedules percussion clinics and concerts through Percussion Events Registry Company.